In Search of Palestine

Film screening and discussion about Palestine 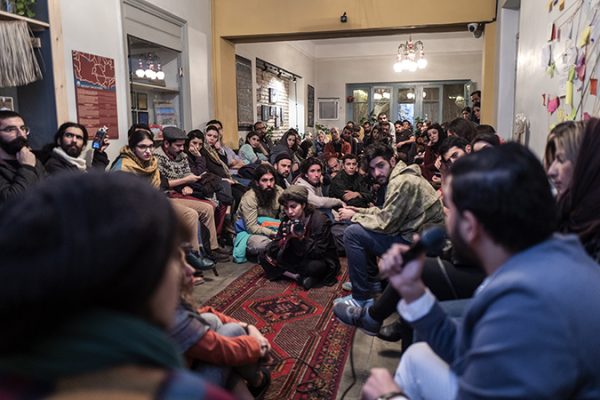 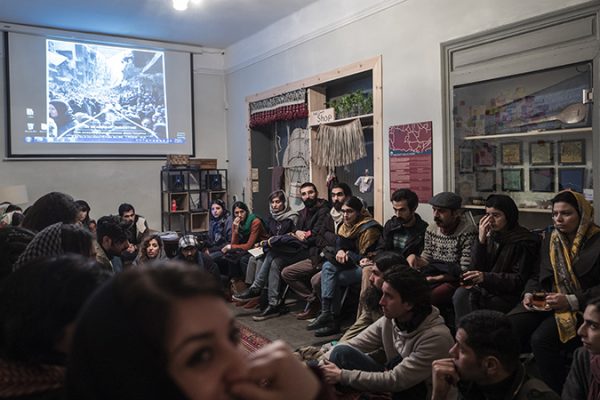 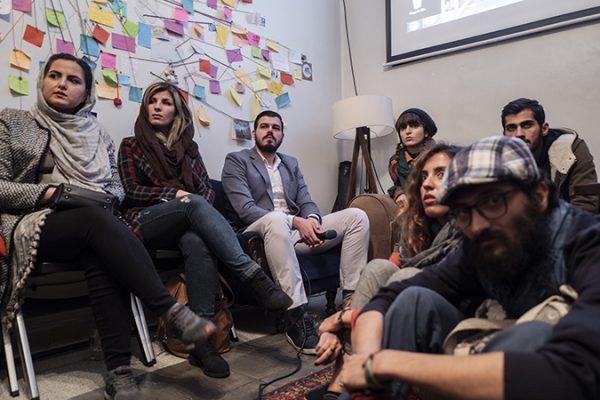 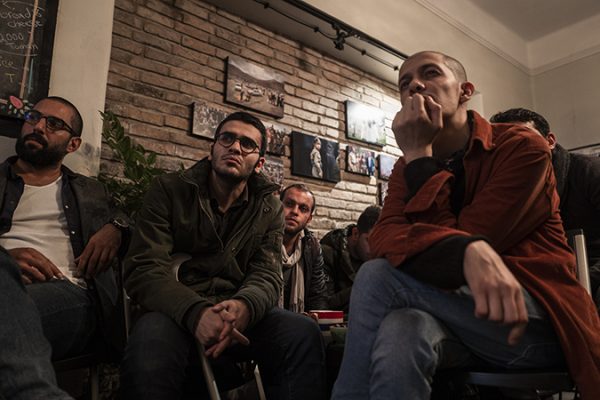 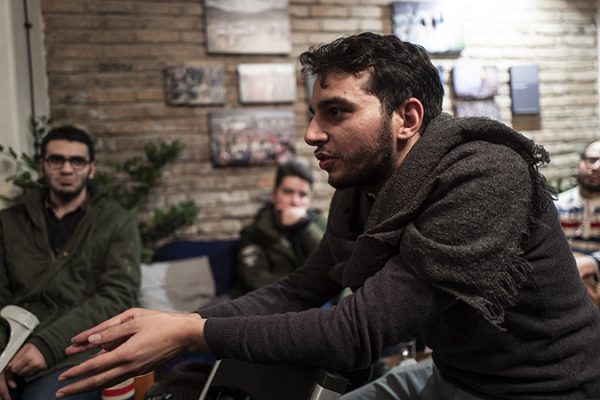 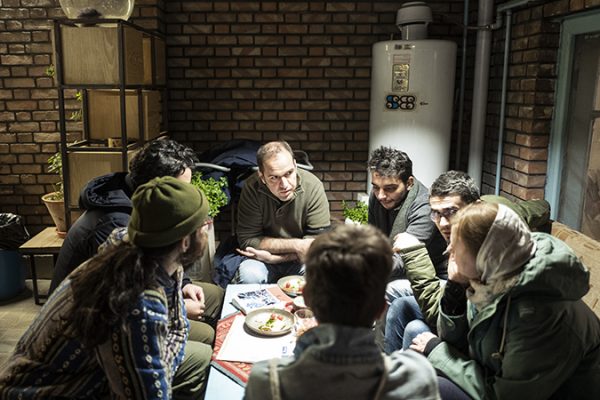 In Search of Palestine

Movie Screening and Discussion about Palestine

On the second night of our migration event series, See You in Iran Cultural House organized a documentary film screening and discussion *-about Palestine. The film, “In Search of Palestine,” was made by the prominent post-colonial theorist and Palestinian immigrant Edward Said. In it he revisits the occupied territories with his son and talks to various civilians who have been affected by the 1948 exodus and suffered the circumstances thereafter. After the screening, third generation Palestinian immigrants led a dialogue wherein they demystified presumptions with fellow attendees.

One common misperception was regarding the rightful purchasing of land by Israeli Jews.. According to one of our guests, only 6% of the land has been lawfully transferred from  Palestinian proprietor to Jewish owners. since Ottoman Empire ruled the region up to present day. It is worth to mention that around 2% was a gift from British forces to Zionist officials during the mandate. The criticism with regards to this argument is that no matter the percentage, the ownership of the land belongs to Palestine.

As for the outlook of the peace talks, the declarative law that was passed on July 2018 known as The Nationality Bill which, identifies Israel as a nation-state belonging only to the Jewish population illustrates the hostile approach which doesn’t encompass the existence of even two separate sovereign states. The last person to attempt to enact peace from the Israeli side was Yitzhak Rabin who was brutally assassinated by a radical Zionist after Oslo Accords.

One of the clauses of the Nationality Bill considers development of the Jewish settlements as a national value and intends to encourage its construction. These expansions are systematically designed to penetrate the Palestinian territories and act as barriers that separate the population. The settlements, according to one of our Palestinian guests, are then occupied by the Zionist fundamentalists that are completely intolerant of Palestinians.  Ever since Oslo Accords recognized the Palestinian governance of West Bank and Gaza Strip, more than 40% of the West Bank has gone under construction for new settlements and around 800,000 occupants have moved into them.

The concept of resistance was brought up and how the Palestinians who have an Israeli citizenship can contribute to such movements. There are still 1.8 million Palestinians living in occupied territories for whom having Israel citizenship is compulsory but are not permitted to sell their lands to anyone but Jewish population.  Notwithstanding the official discriminatory strains, this population has refused to move out of their righteous homes which, in its form is a resistance worth praising. Is a non-violent type of resistance applicable to the current situation? The broadcast of these so called “violent” acts by Palestinians is done by the extremely biased mainstream media which completely ignores the causes of such reactions in order to consolidate the idea that whoever dares to resist is part of a bloodthirsty group. A video of Norman Finkelstein was screened in which he challenges and expresses his disgust about politically motivated manipulation of Holocaust which by no means was an isolated genocidal incident during past century but has been portrayed as such by the media. West Bank has shrunk to half the area it was after the Oslo Accords established its governance by Palestinians. The living situation in Gaza Strip is abominable and close to a disaster however it has remained in size the same as it was before due to resistance groups that are labeled “terrorists”. Though movements such as BDS (Boycott, Divestment and Sanctions) have had a degree of success to support the suppressed voice of Palestinians, none of these means of resistance can survive and accomplish without the other.

In response to Palestinians tolerance towards the Jewish population, our guests clarified that Palestinian population consists of Jews, Christians and Muslims and they all lived in relative harmony in the past. The Zionists are the intolerants and it even manifests in their education system where they regenerate hatred towards Palestinians.

he indisputable fact is Palestinians are under constant suppression in various ways and are deprived of their most basic human rights. The mainstream media has a long history of distorting the facts and international community is oblivious towards the massacre and ethnic cleansing currently taking place in what used to be known as Palestine.

We at See You in Iran, as part of our immigration conversation series tried to create a space in which the personal narratives of third generation Palestinians can be heard. We hope such events can help us and our audience to form a better understanding of the situation and encourage activism to any extent. 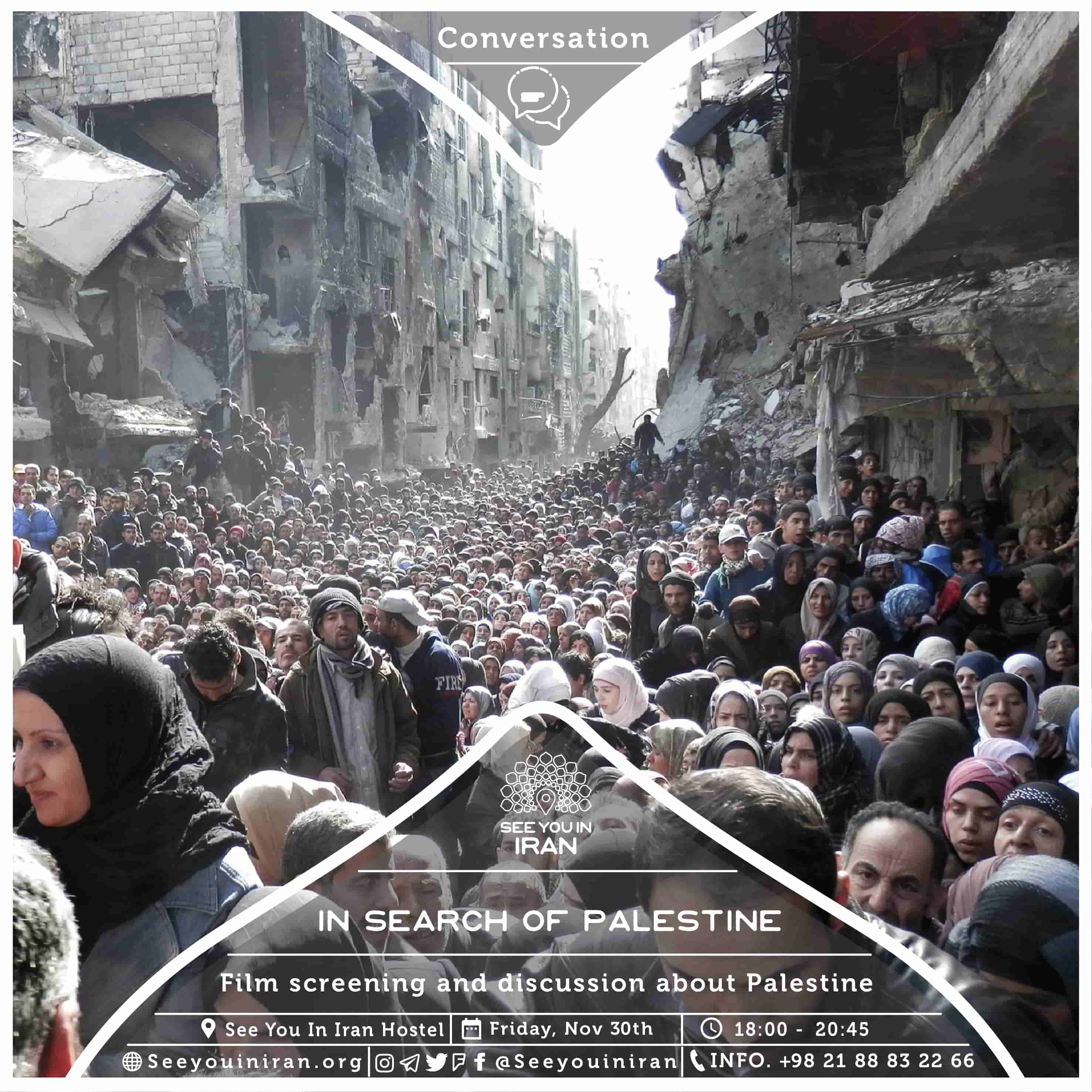 See You in Iran Cultural House, in the second part of a conservation series focusing on immigration, is screening “In Search of Palestine” which is a documentary made by Edward Said. Said was a Palestinian American literary theorist and public intellectual who helped found the critical-theory field of post colonialism. “In Search of Palestine” explores issues such as settlements expansion, growing apartheid system, segregation within the Israeli state and ongoing ethnic cleansing of Palestinians within the occupied territories. The second part of the event will be a conversation/discussion about Palestine with the presence of third generation Palestinian refugees and individuals who have researched the topic. We invite anyone who is interested in migration and Palestine to join us at the See You in Iran Hostel in Tehran this Friday Nov., the 30th at 6:00 pm.