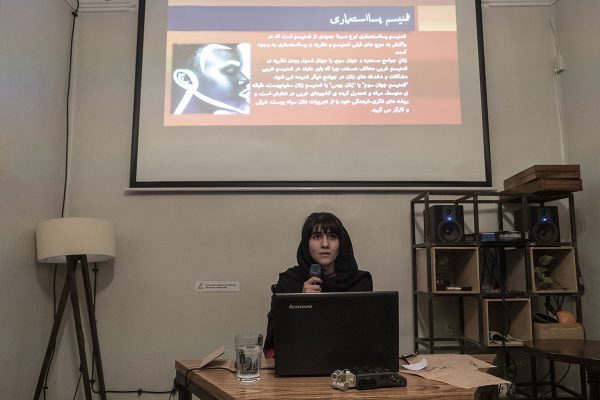 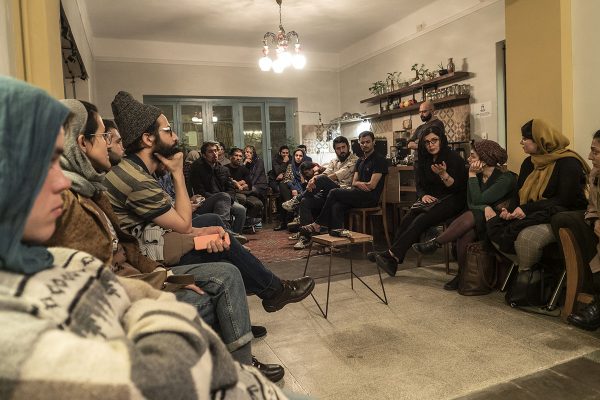 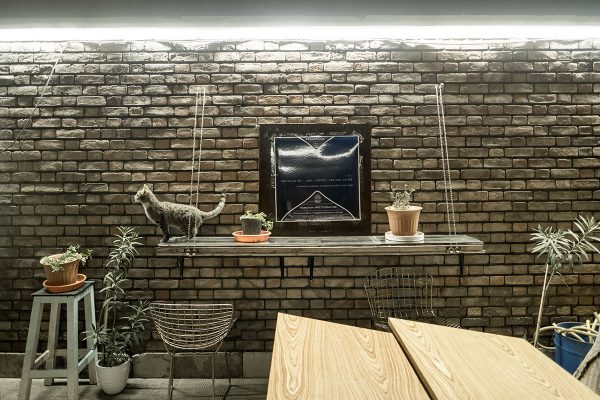 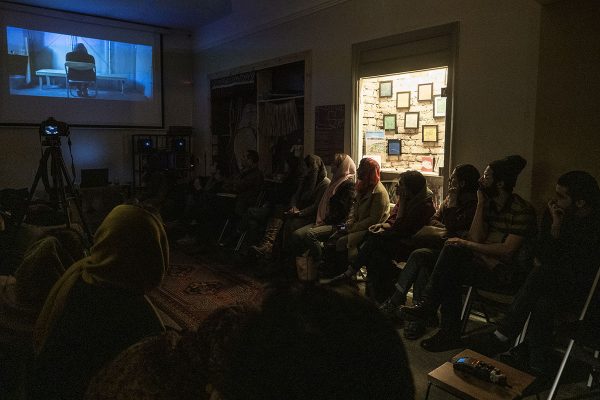 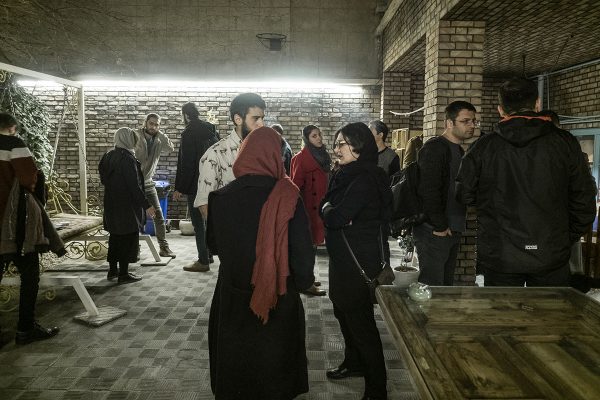 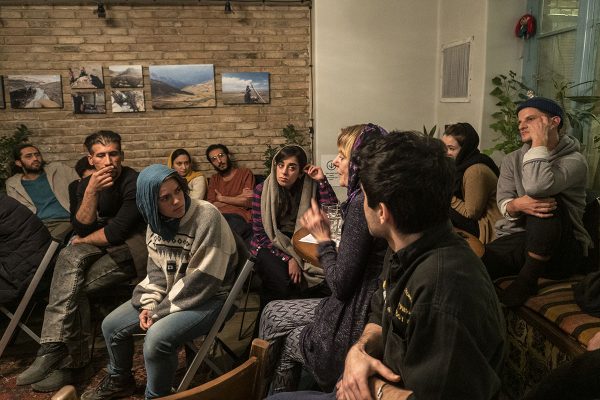 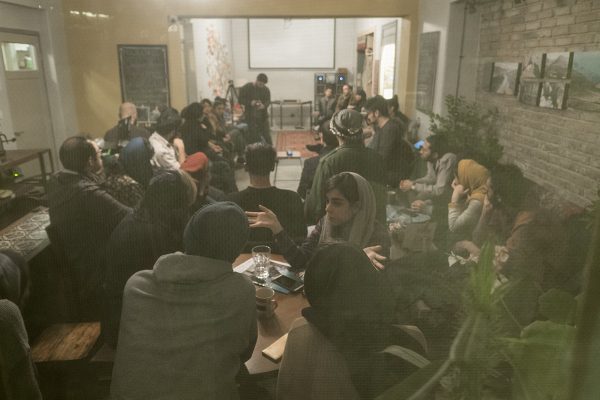 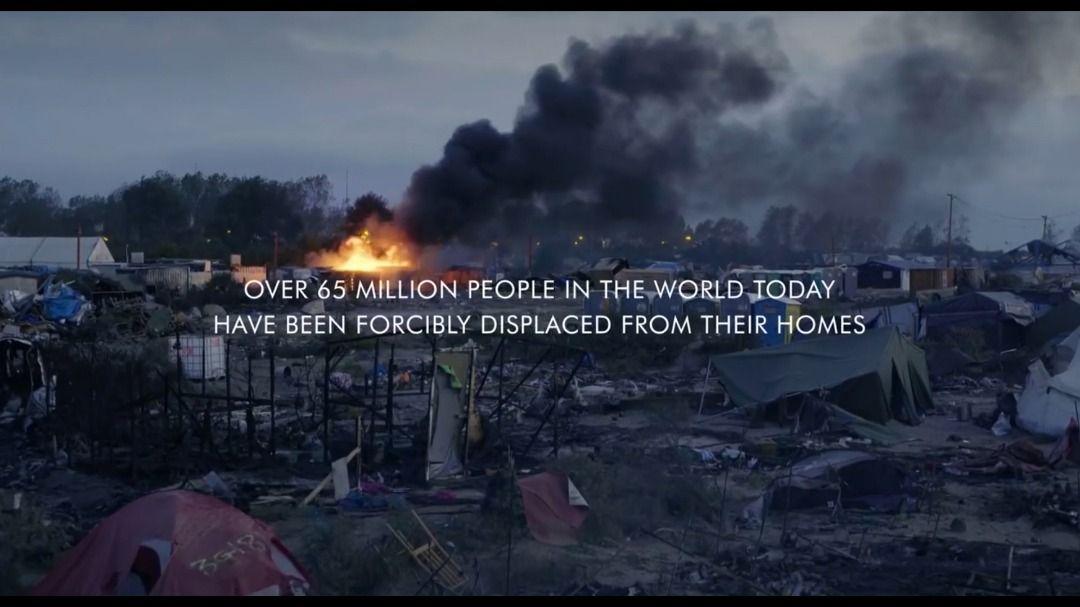 Diasporic literature was the topic of discussion at the seventh night of See You in Iran’s migration event series.  During the first part of the program Neda Shoaei and Soroush Aa’hi presented parts of their project (Hier und Jetz residency and BLO Ateliers) which essentially is familiarizing the public with authors, thinkers and artists who are concerned or involved with diasporic literature. At the second part of the event a conversation was formed revolving diasporic literature and its specifications.

Migration is a phenomenon beyond geographical relocation. Postcolonial thinkers have proposed ideas regarding migrants’ bonding with the host community, which are embodied in theories like interculturalism, multiculturalism and cosmopolitanism. It is critical to distinguish diaspora which commonly refers to a person who has lived in a country other than their homeland for generations but still have kept their ties culturally from migrant which defines a person who has been relocated but remains closely in touch with their homeland. The intention for migration varies along a continuum. The concept of “home” gains significance when exploring migration. Is it vital for a modern human to have something to refer to as home? Hamid Nafisi explains that home can be anywhere and its changeable in the mind. It can be rebuilt over and over in memories and thoughts.

One of our guests states that integration is the first step for becoming a successful diasporic author and one of the main reasons that there has not been a worthy piece in Persian diasporic literature recently is Iranian migrants are not fluent in the language of the host country or English. This statement was disputed by another guest saying there are successful Iranians in this field specially female writers although an overwhelming difficulty that migrants face is the barrier of language. One of the participants challenges the concept of identity and claims that what remains a struggle for migrants is not what they leave behind and reference to as identity, but language. Another barrier is Publishers of such works that are concerned with the capital  and sales first and foremost and it drives the writers to the desired frame of the followership which is the hardships of migration. Therefore they are required to write within a certain boundary if they want their book to be published.

Various authors with different styles write about migration and what in their perspective the process of relocation involves. Sense of nostalgia and alienation are common amongst these literary works. Naipaul, in his masterpiece “A House of Mr. Biswas”, skillfully pictures an Indian’s struggle in the search for identity. Mohsin Hamid who is a  Pakistani writer deploys surrealism and magical realism to depict a couple’s struggle and their terrifying experience with migration in “Exit West”. Homi Bhabha uses “Hybridity” under the influence of Walter Benjamin and Edward Saeid to reference multiculturalism and it is the state of Hanif Kureishi’s “The Buddha of Suburbia” protagonist. Tayeb Salih’s Season of migration to the north implements concepts like  eurocentrism, hybridity, race, Self/Other and so on to picture the horrendous consequences of neo-colonialism in Sudan.

This was the last night of See You in Iran’s migration event series that was held at our hostel in Tehran. During these events we tried to create a space in which travelers and locals could communicate their ideas directly with each other. Though there still remains a lot to discuss regarding migration, we are happy to have taken a small step towards exploring this phenomenon.

Diasporic Literature is a broad term applicable to all types of literary work written by authors who live outside of their native country though their work comprise of the references to authors’ native culture. Multiple identities, cultural ties and national affiliation are commonly featured is such literary works. During the 6th night of the See You in Iran’s migration event series at our cultural house, we are hosting Neda Shoaei and Soroush Aa’hi who within their projects (Hier und Jetz residency and BLO Ateliers) and collaborations are after familiarizing the public with authors, thinkers and artists who are concerned or involved with diasporic literature. Join us for a discussion regarding the topic on Friday, 22nd of February at See You in Iran Cultural House and Hostel in Tehran at 6:00 PM. 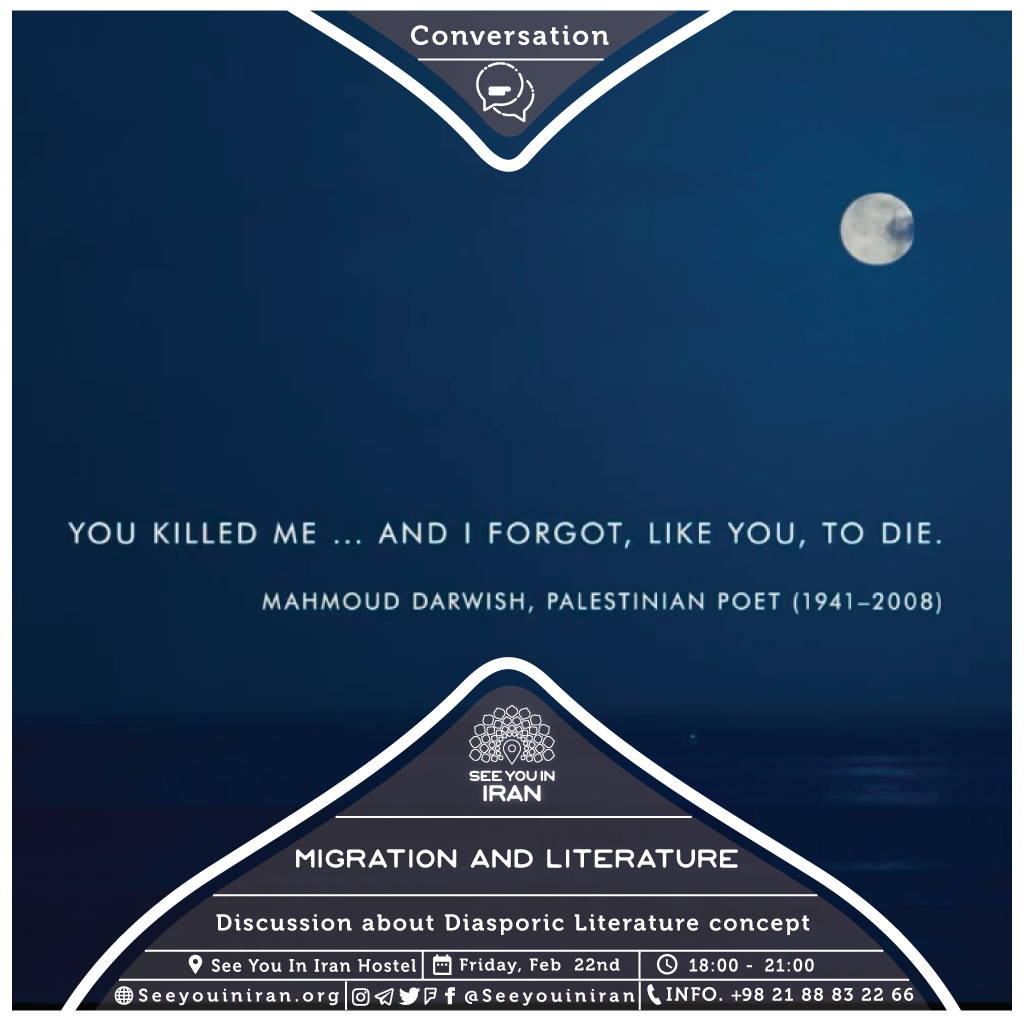