Hossein will share his personal narrative of war, how his life has been since he immigrated to Iran and his hopes and ambitions for the future. at See You in Iran Cultural House 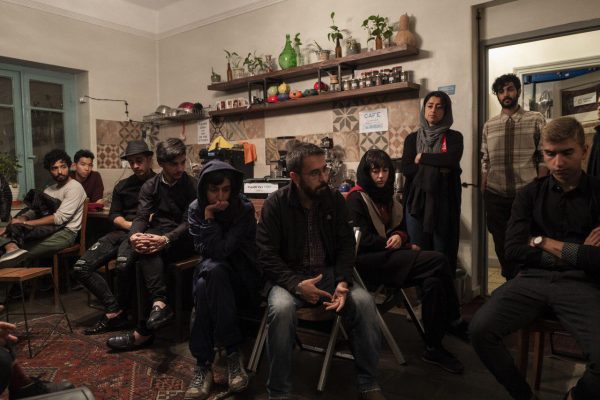 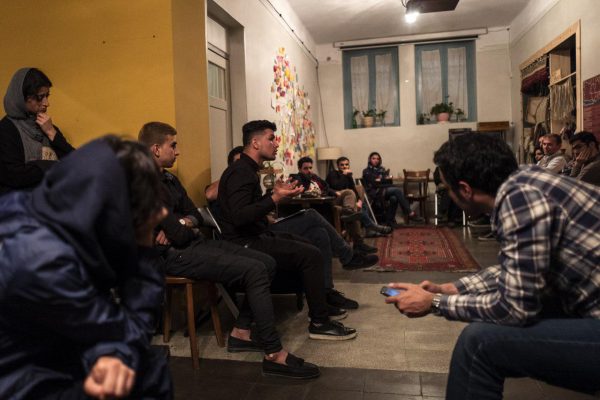 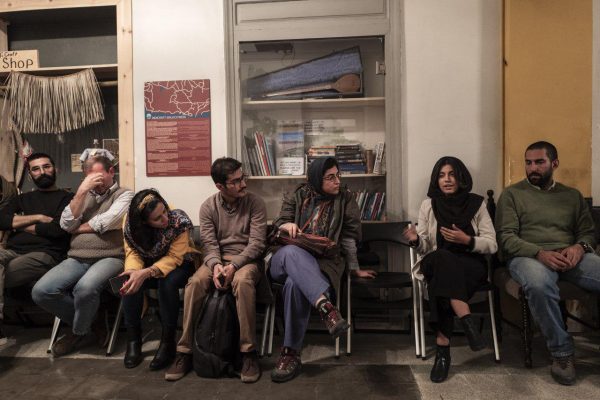 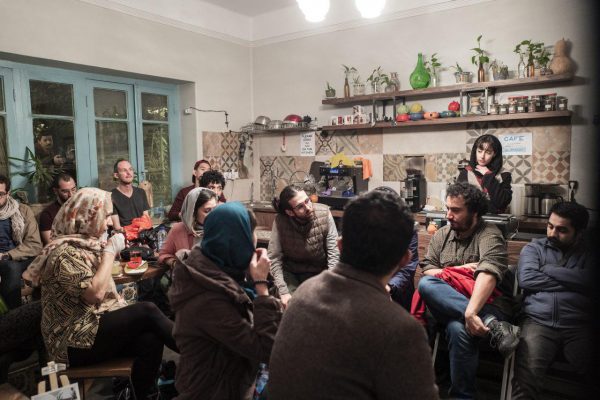 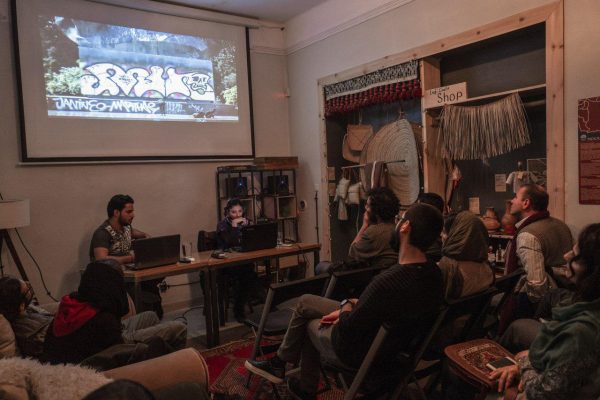 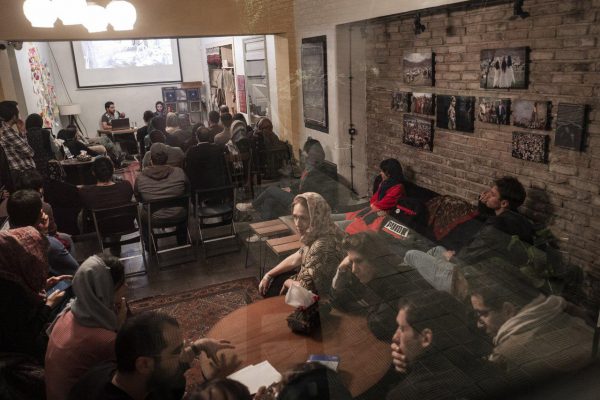 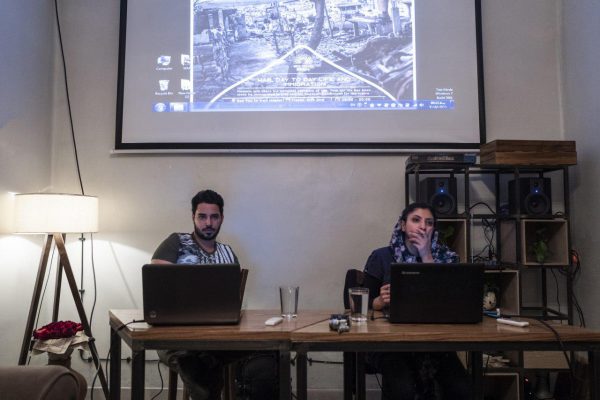 The international day of war

How does war affect everyday life? In the time of war, people are forced to do what is undesirable and deviate from their path of life. The suffering of civilians is often neglected by the mainstream media since they serve other agendas. The most reliable source, capable of narrating the adversities that such conflicts bring about, is none other than people themselves. On November the 2nd, See You in Iran cultural house hosted Hossein, a 23 year old Syrian refugee who has been living in Iran for the past three years. He was 16 when the war in Syria broke out. Hossein shared his personal experiences, hopes and wishes and the hardships he has endured. Afterwards he answered participants’ questions regarding his life during the war in Syria and how he ended up immigrating to Iran. At the end of the event, our guests dined on a traditional Syrian meal and lingered in our hostel’s back yard where the conversations were carried on.

Hossein was born in Damascus. He despised school but enjoyed the company of his classmates. Ala and Ahmad were his closest friends. Ala wished to study philosophy and Ahmad wanted to major in English literature. They used to ditch school and go to Damascus different areas to explore the city. Hossein was 16 when the war started. He had gone to Damascus alongside his family for a wedding on the 18th of July, 2011 when the minister of defense and Bashar Al-Assad’s brother in law were killed in a car bombing. It was after this incident that chaos dominated the country. They left the wedding in a hurry to go back to their village by a mini-bus which was the only vehicle left in a deserted bus station. Along the way the car was stopped by a group of armed men who intended to search it. They scrammed when a helicopter approached the place. Hossein’s family and the rest of the population of their village were told by the government to register for guns and ammunition if they want to guard their area. He went to register at a National Defense Forces’ station and a guy named Fajr, approximately his own age, asked him to lend him his gun. When Hossein asked why, he replied, his family is stuck in a house in a village that is surrounded by Al-Nusra Front forces, an Al-Qaeda-linked jihadist group. They gathered eight other guys and head to the village. When they arrived at the house in front of which Fajr’s father’s car was burning, they realized there were 6 families including around 20 kids stuck in the place. They liberated the families and led them to the vehicle while Al-Nusra Front fighters were advancing. There weren’t enough seats in the car so Hossein and the rest of the guys who were armed had to walk back to the station. When they arrived at the station they had to briefly surrender their guns to be let in. During the war Hossein lost his classmates, Ahmad and Ala. Ahmad was killed in an explosion by a rocket. Ala was shot dead on his way to university. Despite all the trauma Hossein enrolled in university to study journalism. His favorite pass time back then was to watch movies with his friends at a café. It was then that he discovered his passion for cinema and decided to immigrate to Iran to study the art. He studied while resting from his shifts guarding the village. After passing the university entry exam he flew to Ghazvin to study Farsi and after 6 months came to Tehran to begin his course.

The second part of the event was dedicated to a Q&A with Hossein. The first few questions revolved around the reasons why the war started. The main consequential point according to Hossein was the lack of education. Syria consists of a variety of ethnicities and religious minorities which, in Hossein’s words, are not familiar with each other. The scarcity of mutual understanding might not have directly played a part in the initiation of the conflict but it certainly has a major role in its prolongation. About the everyday life during war Hossein stated that people have adopted to it to a great extent. He talked about how people, when hearing a rocket approaching, can guess where it’s coming from and estimate where it will hit. Once he was at a wedding and a rocket hits a target close by. People rushed to the ruins of building and curiously asked about the damages and casualties but went back to the party a few minutes later. When asked about his motivation to carry on with life in such environment, he mentioned being optimistic about the future and remaining hopeful. During the event he showcased two short films about two professional dancers. One was a Palestinian guy whose village was once surrounded by the ISIS forces. He pushed through the hardships with endurance and ended up opening a dance academy for immigrants’ children. The other one emigrated from Syria to Lebonan where he suffered severe depression and unfortunately committed suicide after recording his last dance. Hossein feels obligated as a Syrian film maker to move in the direction of showing the beauties and positives about Syria that are becoming more difficult to get grasp on amongst all the negative images that are broadcasted from within his country.  He hopes in the future people of Syria become more united so they can decide the faith of their country without foreign interference.
See You in Iran cultural house, as a part of it’s immigration event series, is gratified to have provided a chance for a personal narrative as such to be heard so the situation becomes more comprehendible.

Hossein is a 23-year-old cinema student from Syria who has been living in Iran for 3 years now. He was 16 when the war in Syria broke out. Hossein was an ambitious student of journalism back then and a member of his university’s scientific committee. His family was told by the government to sign up for a gun and guard their own village. In spite of the dread surrounding his life, he kept his hopes up and continued to study to be accepted in a university in Iran while standing guard. On November the 2nd, at 6:00 PM, See You in Iran hostel is hosting Hossein to hear his personal narrative of war, how his life has been since he immigrated to Iran and his hopes and ambitions for the future. We invite anyone who has had a war/conflict related experience or is interested to form a conversation about such phenomenon, to our cultural house on Friday, November the 2nd.
Photo by: Yasin Akgul/AFP/Getty Images 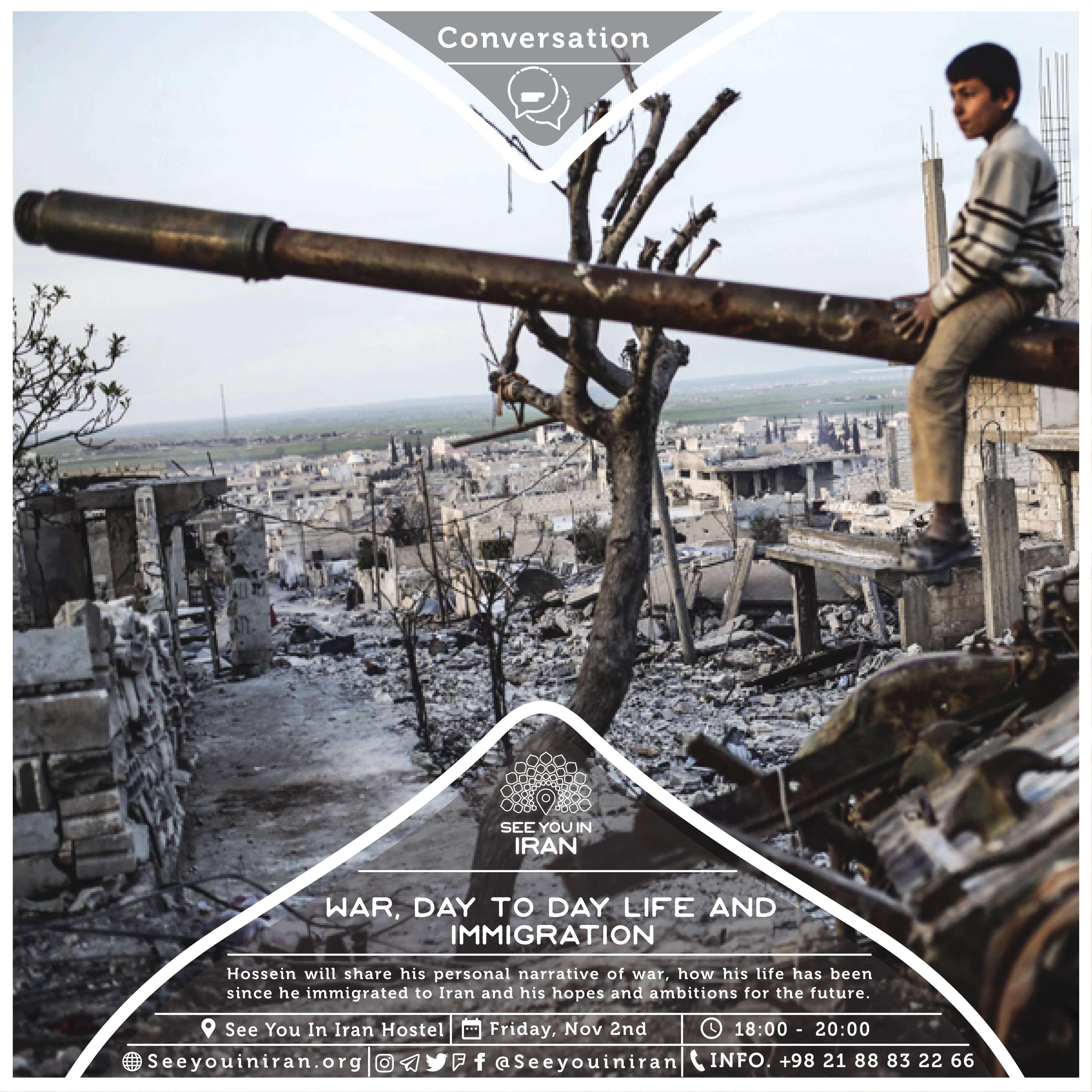