What one Iranian CLERIC thinks of US! 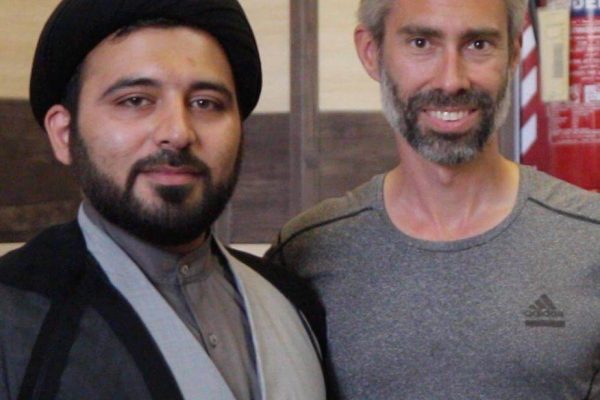 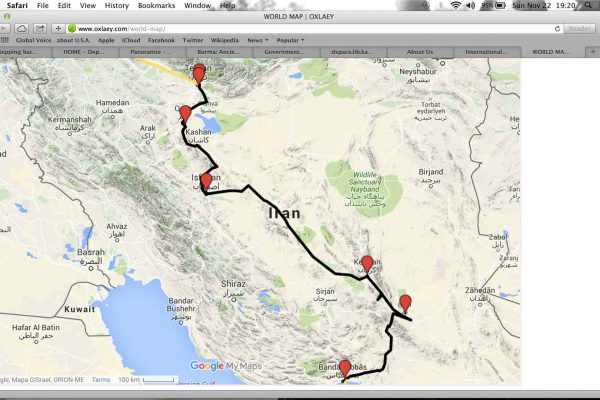 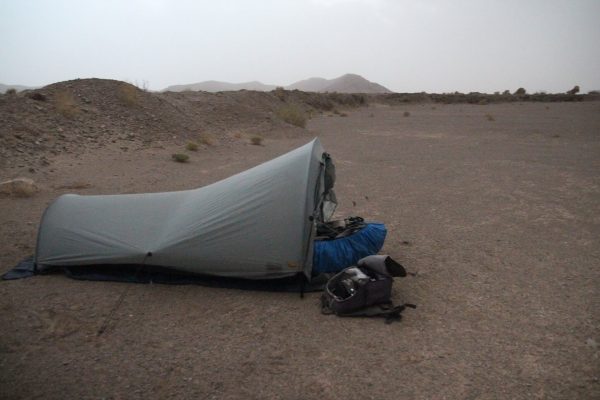 My trip to IRAN, + VIDEOS and… What one Iranian CLERIC thinks of US! — It’s the 1 year anniversary of my trip to Iran, so I’m celebrating by publishing these thoughts with the hope that YOU will go to Iran and explore for yourself!

Of all the places I’ve been to, I’ve never visited a country where people who were more kind, generous, and curious to exchange than Iran. Their hospitality is so great that I was ashamed thinking about how, in comparison, I treated my guests back in Berlin (although I often hosted couch surfers). In Iran – on multiple occasions – random people paid for my meals, gave me tea and water, and lodging. I was even given jewelry and a police escort during my trip. I never felt their kindness was an obligation, rather i had the impression the Iranians were inviting me to – please – take a closer look at us. See us as a people. Listen to our voice.

I travelled by bicycle from Tehran to Bandar Abbas. I stayed in hotels, was invited into private homes, and guerrilla camped in the desert.

Most of the people I met in Iran felt that the world community had the wrong picture of Iranians. In the Western press, Iran comes across as an aggressive, hell-bent “Axis of Evil”. The Iran I encountered was sophisticated, educated and stable. I saw poor people, an opium addict in Tehran, but I also saw wealthy people and a local charity giving away free meals to the poor in Kerman. Educated Iranians know their news is censored but they also suspected that Western news is biased. If you (a reader in the West) have ever watched Fox television, then you will have to agree with them, that Western media is not without prejudice in broadcasting the “news”. So I think the Iranians have it right: The truth lies somewhere in-between.

The Iranians I met always had time for a conversation. When we talked, it was very rare that people looked away from me to check their phone – something that happens with regularity in my old Berlin life. Iranians had many questions but most asked about my job, wondered why I wasn’t married and were amazed that I traveling alone. So many were concerned for my safety, but to be honest, I felt safer in Iran than I did walking the streets of New York City. The police were curious, courteous and helpful. Most could speak a little English. Once, two highway policemen near Kahnooj gave me a police escort into town (because they were concerned for my safety). Then they passed me on to the local police who went to the mayor (it was already dark) who then gave me a (free) place to stay in the government guest house. The other government officials visiting this very un-touristy town insisted on taking me out for dinner. This would never happen in Europe or the United States, because we simply don’t give a frog. We are afraid of others (hurting us or stealing from us) and are selfish (of our time, money, food, good fortune).

Its only timely (Paris) that I add a few words – since I’m asked all the time – about Islam + Terror. Religious extremism isn’t limited to Islam. Christian extremists slaughtered each other for centuries in Europe (Catholics vs Protestants). Buddhism? In 2013, Buddhist monks killed Muslims, burned mosques and homes in Myanmar. Hindus? In India, extremist Hindus have attacked and raped Christians, for example in Orissa in in 2008. Speaking from my experience as a traveller and explorer, violence is not an intrinsic characteristic of Islam – nor of any other religion I’ve encountered. On the other hand, what does seem to be universal is that many humans feel lonely, excluded, and emotionally hurt. Government policies which aim at improving security (airports, face scanners) may work towards reducing the number of violent acts. They don’t however tackle the core problems which lead to violence – “religious extremism” or otherwise. In regards to Iran, I felt just as safe and secure there as I have while traveling through the United States, Europe, Ukraine, Thailand, etc.

WHAT ONE IRANIAN CLERIC THINKS OF US

What do Iranians think of the “West”? My friend, Seyed in the picture, visited Europe for the first time in 2014, right after I left Iran. He wrote me an email outlining what he saw and with his permission, I’m, copying in what he thinks about “us”…

— “What I saw in Europe was shocking. From sociology view point, I faced with fundamental differences between my country and countries which I visited in Europe. Reluctance to make a conversation was really a shocking experience for me and people were so unwilling to talk with others. They just answer the questions nothing more than that. For example in a test you can suppose I say Hello to almost 50 people, but just 15% of may greeting were replied by a cool answer. Really disappointing.

Although urban order and observing the law in a society is very important but in my viewpoint as we are human beings; kindness, solidarity and paying attention to the others are also so essential. In my talking with many people in Europe and Sociologist in European university I realize that people in some cases suffer from Identity crises. They were so busy from sunrise to sunset and even in night so I found that they didn’t have time to think about themselves. To think about their whatness.

Feeling aimless, hopeless and helpless are the issues that must be solved.

I experienced culture shock about position of women in Europe and discussed about it with European sociologist in university of Wroclaw.” —

Dear Seyed…. You are a keen observer, my friend!

As many of you know, I’m a guerrilla filmmaker and thus I shot a number of videos while in Iran. Watch a few and feel inspired. GO and see for yourself.

In Tehran, after a stranger found out I was interested in Iran’s old martial arts, called Zurhkaneh, he promptly called some old neighbors. I was whisked away to watch in a normal Iranian suburb. https://youtu.be/BTHvXX-Qicw

I also went to the opening in Tehran of an artist, @Morteza Mottaghi who uses hair as “paint”. His work is anti-war, pointing out lasting damage and harm done during Iraq’s invasion of Iran, when Iraq’s troops used chemical weapons. https://youtu.be/lNKZszvRtrY

in Qom, I met a religions scholar, Seyed (pictured). He showed me around the Shrine of Fatema Maesume (the second-most holy site from Shia Muslim perspective). We even deliberately passed by the shrine itself so I could take a glance, although it was very, very unusual for a non-Muslim to be allowed even inside the mosque. Afterwards sitting on the carpet in the mosque, Seyed shared with me the basics of Islam.

Farther south in Kerman, I met the eloquent Faly Golshan and family, who showed me their private pateh collection. Pateh is a traditional type of needlework and designed to bring color and life into their homes in the Iranian desert. https://youtu.be/saWxN6Sm4SM

Every morning I ate fresh baked bread with cream cheese… and I mean RIGHT out of the oven. Watch here: https://youtu.be/NyAFongcWiA

With scholar Mr Seyed Ahmadi I toured the ancient city of Bam – a city made entirely from mud, in the middle of the desert. The city was destroyed by an earthquake but Iranians are rebuilding using traditional methods. https://youtu.be/0ObVHKuc0Cg

In Bandar Abbas I was invited to stay – for an entire week – with the Mohsen Omrani family. You can watch a video of their family feast here: https://youtu.be/YWQZHrCamHQ

P.S. About getting a visa extension while in Iran already: Getting a visa extension was as easy as pie. Just show up at the local office and have your papers, passport pictures, cash ect ready. They are happy you are staying and exploring Iran. Unless you are an arrogant jerk and communicate this in your body or verbal language you have nothing to be worried about. They do insist however that you wait until the last 4 to 7 days on your existing visa before getting an extension. I don’t know why exactly but first applying in Yazd, the officer asked me please to go on to Kerman and do it there. I had like another 2 weeks anyhow before it would have expired.