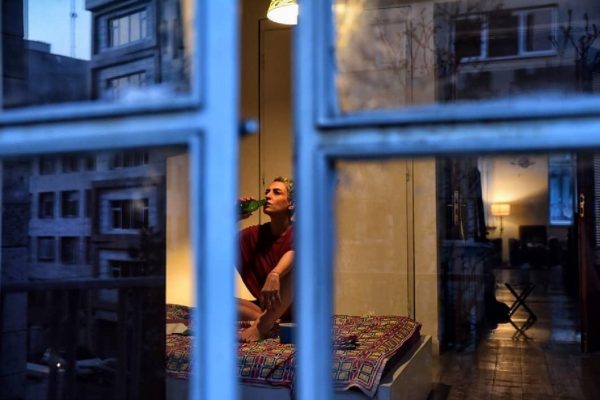 “I was taking photos on the theme of quarantine, when the pandemic began and cities were put on lockdown,” says Tehran-based photographer Maryam Saeedpour. “I photographed people in their homes from the outside. I would take people’s photos from a distance; people who had to imprison themselves in their homes to remain safe,” she says, describing a series of photos that show the solitude and the boredom of middle-class Iranians. “The photos were taken in Tehran at the beginning of the lockdown, when we where all shocked and things were unpredictable.”