How to Talk about Gender-Based Violence? 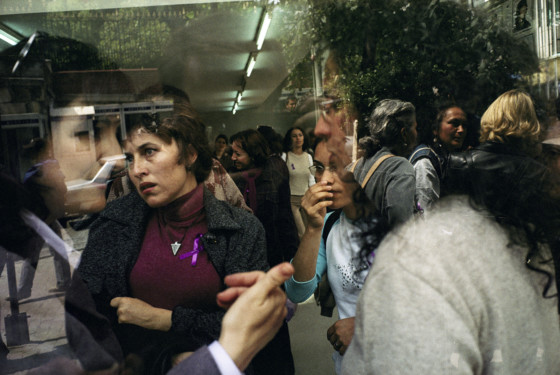 “How to talk about gender-based violence?” is a 2016 article by Nadje Al-Ali, professor of gender studies at SOAS. Although her work in analyzing approaches towards violence has wildly been based on the context of Iraq, she believes that the case is relevant for other Middle Eastern countries as well. In this article Dr. Al-Ali points to the importance of avoiding dichotomous approaches in terms of the macro and micro power configurations that intersect and are constitutive of each other, but that can never be reduced to one or the other. For example, in the case of 2016 Iraq, it was not just ISIS that played a role in committing gender-based violence, but also the western occupation, various Iraqi governments and their militia, insurgents and sectarian groups, armed gangs, and individual family members have all been perpetrators of the most vile forms of gender-based violence, ranging from domestic violence, verbal and physical intimidation, sexual harassment, rape, forced marriage, trafficking, forced prostitution, female genital mutilation, and honour-based crimes, including killings.

She argues that among the west scholars, the tension is often reduced to explanatory frameworks that firmly root violence within neo-colonial, imperialist, and neoliberal policies (particularly those linked to the U.S. and Israel). In other instances (specially among Middle Eastern scholars), it references national and local cultures and local manifestations of patriarchy as sources of gender-based inequalities and forms of oppression. Al-Ali stresses that as feminist activists and scholars, wherever based, we cannot avoid speaking simultaneously about corruption, political authoritarianism, sectarianism, the instrumentalization of culture, and religion at local and regional levels and various instances of “masculinist restorations”.

“Masculinist restorations” is a term used by Turkish scholar Deniz Kandiyoti, about which she explains that under conditions of neoliberalism, high male unemployment and increasingly precarious labour, as well as the simultaneous increased aspirations and public presence of women, many states engage in crude means to maintain and reproduce patriarchy. Masculinist restorations refer to historically-, regionally-, and locally-specific processes and power configurations that contain authoritarianism, Islamism, and sectarianism, which all intersect with global structures pertaining to imperialism and neoliberal economics.

Al-Ali thinks it appears that it is very difficult for many leftist and supposedly progressive western constituencies to critique, challenge, and resist their own governments on their devastating foreign policies, while simultaneously acknowledging the existence of violent and oppressive local dictators and non-state actors within the Middle East. But these shrill “blind spot” are not merely the prerogative of western scholars and activists; in the context of many diaspora communities, radical uncompromising positions and fervent nationalism can often be stronger if you are miles away and mobilize in relative safety. Al-Ali recalls that during the occupation of Iraq, She was taken aback by Iraqi diaspora activists actively supporting the increasingly sectarian insurgents, who were involved in the killing of Iraqi civilians in their fight against occupation and imperialism more widely.

She finally adds that materially-grounded work is crucial; although representations matter and have material consequences and effects, but we need to make an effort not to abuse and belittle our poststructuralist insights by avoiding messy complex empirically-grounded research. This is not to fall back into naive or positivist notions of empiricism, but to make the case that material realities and the multiple meanings that people of all genders and sexualities attach to them, can not merely be grasped at the level of discourse and representation.