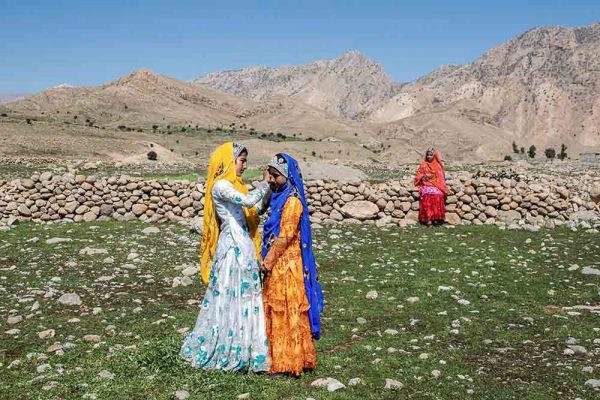 Fariba (on the left) from the nomadic areas of Khuzestan Province, has recently been married at the age of 14. She has finished elementary school.
—
Poverty, patriarchal traditions and flawed state policies are increasing the number of Iranian girls being married young. State loans to encourage marriage are a recent contributing factor in this regard, pushing up the number of child marriages at the age of 13 and lower fourfold to an estimated 30,000 marriages per year. Recent figures show a dramatic rise in the number of these marriages particularly in poverty-stricken provinces such as Kerman and Sistan and Baluchestan in the south, where uneducated parents receive marriage loans on behalf of their children. As attempts by some lawmakers to amend law and raise the age of marriage have failed to succeed, children become a casualty of the patriarchal thinking.