By Webmaster March 8, 2021 Media
No Comments 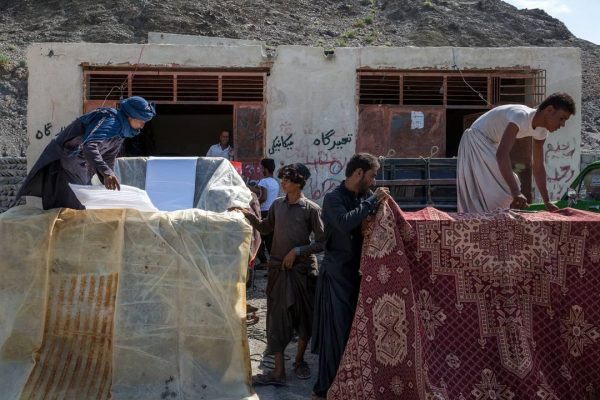 “Poverty and high unemployment have forced Baloch men to carry fuel,” says photographer Saba Taherian. Draught and flawed policies have eroded jobs in the southern Sistan Baluchestan Province, where fishing, agriculture and handicrafts used to be the main sources of income. In the photo, fuel couriers, locally known as sookhtbar, are preparing a truck for a journey across the border with Pakistan, where they will sell Iran’s cheap gasoline and diesel at a higher price. These men know they might be trading their lives for negligible earnings. Carrying fuel is the sole job which they can do to survive. Yet, to authorities on both sides of the border, fuel couriers are but smugglers who deserve punishment by law. The photographer says: “Many Baloch people die every year while carrying fuel; due to car accidents caused by fast and careless driving, explosion of fuel tanks and, sometimes, bullets…!”.