Iran-United States’ Political Tension and Its Effect on Tourism Industry 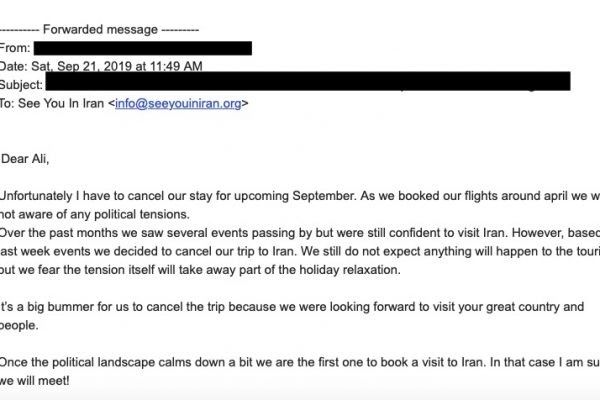 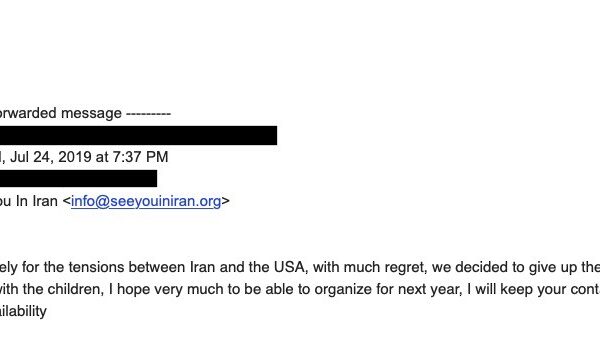 Canceling a hostel reservation “due to the political situation” is understandable in any context, but in Iran when has the situation ever been apolitical? There has been a decrease in the number of travelers to Iran since the reinstatement of sanctions. This is a reminder of how Iran’s tourism sector is entangled with foreign policies. This decrease also reminds us of the inherently political nature of traveling to Iran. While the politics of traveling to Iran is taboo, travel cancellations attributed to “the tension between the U.S. and Iran” showcase the capacity at which travelers are challenging political narratives.

“Stop talking about politics” is a common complaint made in the See You in Iran community when current news about U.S.-Iran relations circulate. The dismissal of state policies and the depoliticization of tourism to Iran is indicative of a belief that people visit Iran independent of politics. The historical experience of travelers coming to Iran despite travel warning, misinformation, and institutionalized Iranophobia is confused with an absence of politics when it is actually a challenge to power dynamics. But everyone has a threshold, and threats of military intervention amidst President Trump’s economic conflict against Iran have become a tipping point.

When asking See You in Iran community members on Instagram what the impacts of sanctions have been on people working in the tourism sector, respondents lamented the lack of tourists, issues with money transfers, and the Iranophobia. But as one cancellation email put it, “We still do not expect anything will happen to the tourist but we fear the tension itself will take away part of the holiday relaxation.” At a time when Iran is suffering from an economic conflict and Iranians are navigating consequent tensions on a daily basis, the current tensions then seem to surpass the threshold of the average Iran traveler.