By Webmaster October 1, 2020 Media
No Comments 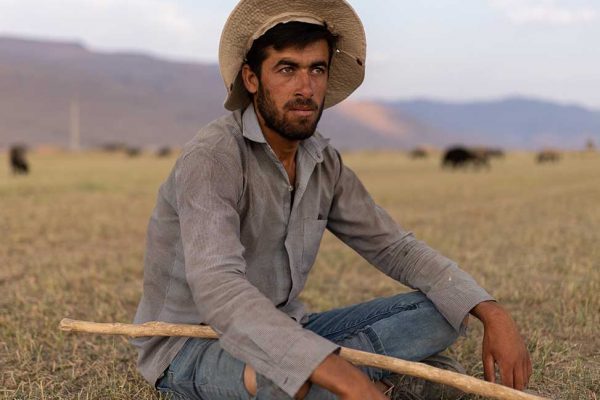 “Mohammad is 22. He used to be a livestock farmer in Afghanistan. He emigrated to Iran for work four years ago,” says Shiraz-based photographer, Shayan Sajadian, about the portrait that is part of an ongoing project, temporarily titled “The Lost Identity.” “Mohammad now lives in a village close to Persepolis,” the photographer says. “He has been employed by a livestock owner to graze animals and work as a shepherd for a flock.” The project aims to show the shifting culture, demographics and climate in the historical area that is known today as Marvdasht, southern Fars Province. “Persepolis’s vicinity has always been a place for travelling nomads to rest. Though the number of the nomads has gradually declined as they have mostly decided to settle in villages. One reason for this is a drought resulting from climate change,” he says. “Marvdasht and Persepolis, in particular, are struggling with environmental issues. There are a few centimeters of land subsidence recorded each year in plains around Persepolis and the site itself is nearly located on a fault line.”