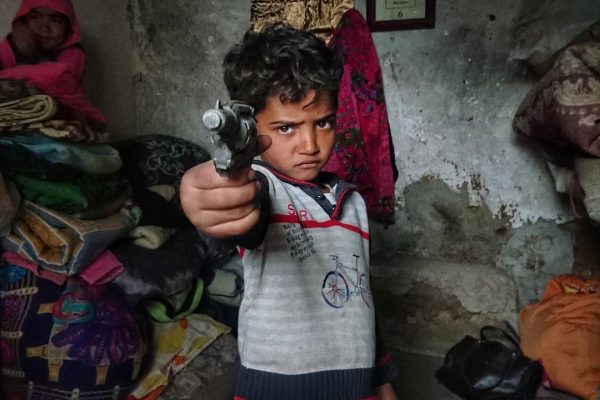 “Close to a railroad, there they live in a ruin. I go inside. He takes a plastic gun out of pile of rubbish and points it at me,” says Bahareh Mohammadian. The Tehran-based photographer is doing a project on children living in slum areas on the outskirts of Karaj, Alborz Province. “Why are you so angry, I ask? He looks at me with a more outrageous gaze. I prefer to be silent. He puts back the gun and goes outside. He stands there on a corner next to a wall and just stares.” Over the previous years, series of hikes in housing prices have led to a dramatic increase in the slum-dwelling population in Iran. According to Iranian Association of Spatial Planning, nearly 37 million Iranians live in slum areas in the vicinity of cities.